Summary:
Chava is a Hebrew, and the daughter of a teacher in the royal Egyptian household. She is raised alongside another girl named Urbi. Urbi is a princess. When the girls are young they are inseparable. When they are older, and as events change in the life of Urbi, the dynamics of the relationship alter. Urbi’s name is later changed to Cleopatra. During Cleopatra’s reign, Chava is betrayed, sold, and sent to Rome. The story shifts to Chava’s survival in a faraway land.

My Thoughts:
The aspect I enjoyed the most in the book is the polar differences in the two women. Contrasting characters is a common way to tell a fictional story. Eventually the differences in the two people cause friction. And, friction causes an additional aspect. In the beginning, Chava and Urbi are close friends. They are as close as two girls can be, closer than sisters. But their bloodlines, heritage, and religious beliefs will eventually cause the two to have problems. Urbi or Cleopatra, becomes power driven; and out of a need to survive became a different person. I knew the historical story of Cleopatra. I was compelled to read the story because I wanted to know what would happen to Chava.
Chava is a character who evolves. Her true character begins to shine as the story progresses. Chava perseveres under great pressure and she blossoms.
The culture and society of Egypt is fascinating. Who and how they worship is interesting. The Roman culture and society, which I have read some history about, filled the later half of the book.
I don’t read Christian fiction often, but I did enjoy reading Egypt’s Sister. My favorite book by Angela Hunt (and it’s one of my favorite books overall) is Magdalene. 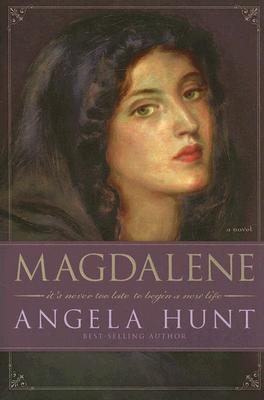 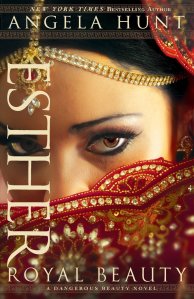 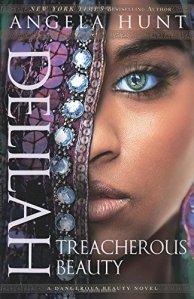